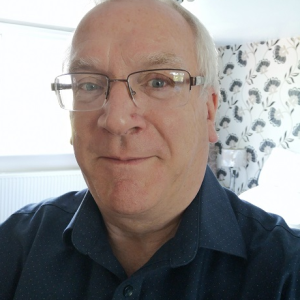 After more years than I care to remember, firstly in management myself with rising degrees of seniority, through to today running my own training and development organisation, it never ceases to amaze me that what I consider simple common sense in business just does not occur to many people.

Is it just me? Have I clouded my thinking by forgetting about all the years of experience I have gained (and mistakes I have made!)?

On reflection I don’t think so. Here are a couple of examples which illustrate my point:

Firstly working with a client recently, we were supporting them in developing a vision and goals for the next 18 months and this included a detailed plan and ‘how to’ of what they wanted to achieve. One of the key goals that the business owner wanted was to double sales over this period. An ambitious goal at the best of times, but not without some precedent as they had had a very successful previous two years of growth. The team had grown and they were lucky in recruiting some excellent salespeople who had played a big part in that success.

So we got them to look at that success over the last 2 years. I asked them to prepare a simple table showing the total sales, numbers of orders delivering those sales, numbers of quotations that had delivered those orders, numbers of appointments that those quotations had come out of, level of prospecting activity that had led to those appointments etc. Then we asked them to divide the number of prospecting activities and appointments by the number of salespeople to get a base level of activity per person. Then they divided the total sales by the number of salepeople to get a sales per person figure. All fairly straightforward so far.

Then moving back to their goal of doubling the sales over the next 18 months, I asked them some simple questions:

1. In order to double your sales with the current number of salespeople they will have to average double the sales value per call. Is that realistic?

2. If that is not realistic then you will have to generate more sales activity. With the current number of salespeople is it realistic to expect them to double their activity levels?

3. If this is not realistic then you will have to double the salesforce. Is this realistic? Have you allowed for this investment? Will you be as successful in recruiting the same level of expertise in the new people?

To me these seemed straightforward questions. To the business owner and the team it was like they had been hit by a freight train! They had simply not looked at it in that sort of impassionate detail previously. They assumed that continued success would just happen, as it had previously. Again no common sense in business.

Following this they revised their target to a more realistic 40% increase and built into the budget the investment needed in recruiting more people.

I believe that they will smash through this revised target but my point is that what seemed a common sense way of looking at the issue just did not feature on their radar at all.

The second example is one of a Senior Manager who attended our management training programme. He was frustrated that he was not having the success that he wanted and his team, who were all experienced and long-serving, were underperforming.

Again I started with some simple questions:

1. What are the goals and targets you have to achieve?

2. Do you people know and understand these?

3. When was the last time to went over these with them?

4. How do they know what to do when they come into work each day?

5. What performance management processes have you put in place?

6. How are each of them performing against daily, weekly, monthly, quarterly etc performance standards?

7. What are you doing to support your team in achieving these targets and goals?

3. At the beginning of the year.

4. They have been here a long time.

6. Not sure – i’ve not set them any individual targets.

Again another example where common sense in business did not prevail. How can anyone expect results from their people without telling them exactly what’s expected, holding them accountable to that and then supporting them throughout the year to check that they are on track?

As I said at the outset, common sense not being applied. Given the number of people over the years I have worked with that are the same, I should not be at all surprised. In many ways it has kept me in work!

On reflection perhaps it is the lack of time that people have to gain the experience needed. Today’s fast paced world does not allow for experience to be gained as in the past. Now more than ever businesses should be investing in effective training and development for their people, because time is precious and people at all levels need to be up to speed as quickly as possible to deliver the results that are needed. Our business motto at www.axiodevelopment.co.uk  is “We develop people to deliver results” and never has this been more needed.